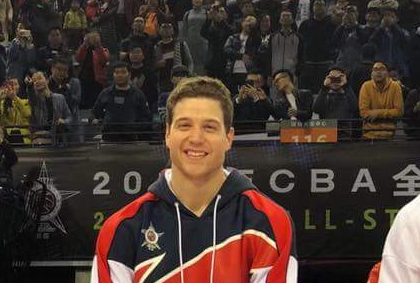 Jimmer Fredette and Rick Pitino celebrated Thanksgiving by given the Panathinaikos fans the team’s biggest win of the EuroLeague season, 100-68, over Baskonia on Thursday.

Fredette had his most complete performance in EuroLeague with a game-high 21 points on 8-for-17 shooting from the field, including an impressive 4-for-5 from 3-point land while converting on his only foul shot. He added five assists, four rebounds, and a steal during 28:29 on the court.

Pitino relied on Fredette much more than the previous coaches and the former Cougar star delivered in key spots to help blow the game wide open. Fredette was especially good in the third quarter with 11 points as Panathinaikos turned a 10-point halftime lead into a 21-point margin heading into the fourth.

Tyrese Rice had a nice shooting night in the win, finishing with 12 points on the strength of 3-for-5 shooting from beyond the arc while Ioannis Papapetrou chipped in with 11 points on 5-for-6 shooting from the field.

With the win, Panathinaikos jumped into a tie for fifth place just a game and a half out of the top spot.

Nik Stauskas and Youssoupha Fall paced Baskonia in the loss with 12 points apiece. Stauskas did his damage from the outside with four threes while Fall was 5 of 9 inside the arc.

Baskonia’s leading scorer, Tornike Shengelia added 11 points in the loss, but made just four of his 13 attempts from the floor and missed 3 of 4 free throws.

Thoughts on the game

Pitino switched from a four-guard rotation to just three and it really made a difference for Fredette. Where it was most notable was late in the third when he was reinserted into the lineup – during a stretch where he would’ve been on the bench in previous games – and promptly drilled two threes.

While it wasn’t his highest-scoring EuroLeague game, it was certainly Jimmer’s best. He was just one point off his season-high in scoring on his best shooting night from distance. He tied his season-high in threes made and rebounds while setting new season-bests in assists and minutes played.

Fredette and the Greens return to the Greek League portion of the schedule on Sunday where they will match up with the Kolossos.

Kolossos is 4-4 on the season and sits four games behind Panathinaikos in the standings. One of the standouts for Kolossos is former UConn swingman Lasan Kromah who is averaging 15 points, 4.0 rebounds, and 2.7 assists. Former Iowa State guard, Donovan Jackson, also plays a big role, averaging 14.1 points on 42.9 percent shooting from distance.