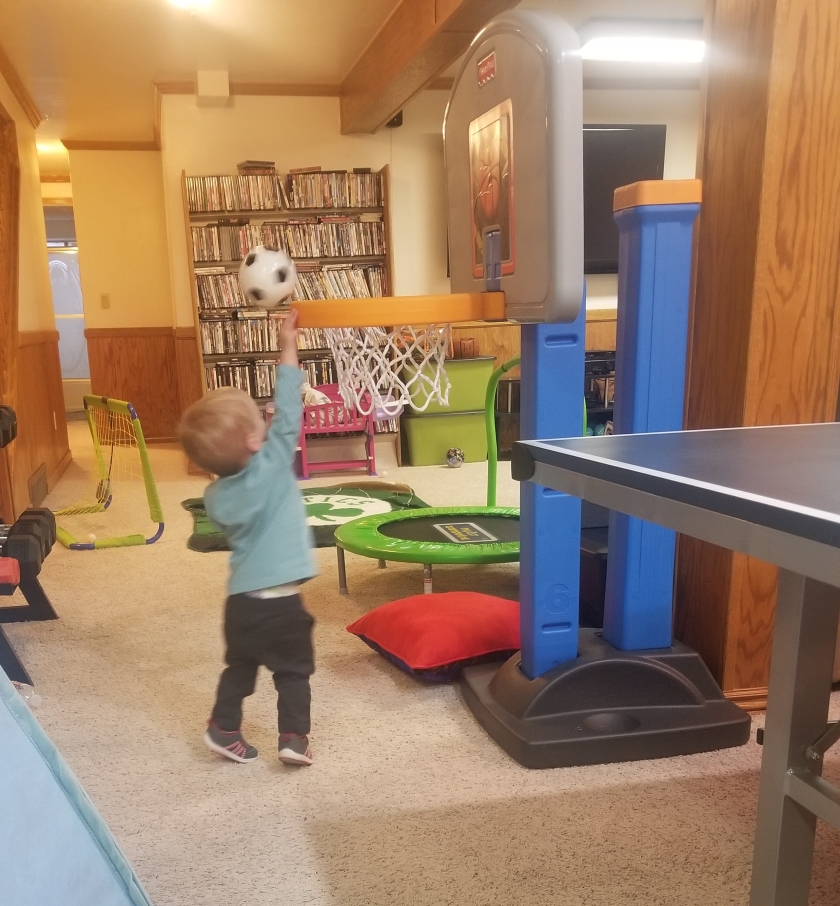 I sat down fully expecting to write a story about a handful of former BYU Cougars who had done some really nice things on the basketball floor over the last couple days. But all that changed when my 20-month old followed me down the stairs looking for some daddy time before I head back to work.

While I didn’t even get a chance to start the story I intended, I did get to spend some quality time with my little man to play some catch and shoot some hoops.

Our basket of choice at this age is the lowest setting on a Fisher-Price adjustable hoop. My son isn’t quite tall enough to dunk it just yet so he spends most of his time stuffing whatever ball he can find into the bottom of the rim.

He does that over and over again until he gets frustrated by not being able to reach the hoop. Normally that is when I tilt the basket forward a few inches so he can dunk a few like he sees while watching games with me on television.

After playing catch for a few minutes, my son grabbed the closest ball and started to work his way over to the basket for what I assumed would be a few dunk attempts. When he got close, he decided to shoot the ball instead. And after a few missed attempts, he hit one.

His first basket without someone else’s help.

As a surprised father, I wanted to see if he could do it again, so I grabbed the ball for him to have another shot.

As the ball went throw the hoop the second time, he raised both arms and gave a little cheer.

I laughed and cheered at his excitement but he clearly wasn’t satisfied with his newfound skill. He grabbed the ball again, walked back over to the hoop and hit his third shot in a row.

It was a big day for my little man and for me as his dad.  I am grateful that I was able to be present to see him accomplish something that he had been trying to do for months.

That BYU story will have to wait for another day, and I am okay with that. The stories I get to live out with my family are way more important to me!