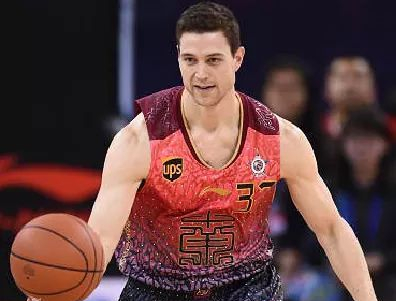 The former BYU guard finished with a game-high 37 points on 50 percent shooting from the floor, including 5-for-11 from beyond the arc and 6-for-6 from the foul line. On a night where Fredette stuffed the stat sheet, he also registered a team-best nine rebounds while recording game highs with nine assists and three steals in 41 minutes of action.

The Sharks got things going early as they opened up a 10-point first quarter lead thanks to 11 big points from Fredette who connected on five of his first seven shots.

As Liaoning turned up the pressure on Fredette in the second stanza he showed off his passing skills with three key assists as Shanghai pushed its halftime lead to 12. While his court vision was on display, the former CBA MVP continued to score the ball at a high rate, adding eight more points, including a clutch 3-point play late in the quarter to keep the Flying Leopards at bay.

While Fredette was clearly the focus of the Liaoning defense for the entire second half, he continued to make plays with pinpoint passes for easy lay ups and big shots when the Sharks needed him most.

As always, he was at his best when the game got close. Leading by just one in the fourth, Fredette pulled up from deep, off a solid pick, and drilled a three while drawing the foul to give the Sharks some-much needed breathing room.

He also made some key plays on the defensive end late in the contest as he got into the passing lanes and picked off two passes and turned them into points on the other end as Shanghai closed out the big win.

Chad Wiggins shared highlights of the remarkable showing on his YouTube channel.

Luis Scola added 16 points on 60 percent shooting with six rebounds off the bench while Dong Qilin chipped in with eight points and 11 rebounds for the Sharks who improved to 2-1 with the win.

Guo Ailun paced the Flying Leopards in the loss with 25 points on 10-for-19 shooting from the floor while Lester Hudson managed a double-double with 22 points and 10 rebounds while handing out a team-best six assists.

Liaoning also got some solid production from its other import, Brandon Bass, who registered 22 points, eight rebounds and a pair of steals in 34 minutes.

Up next for Jimmer and the Sharks is another tough match-up on Saturday with the Jilin Northeast Tigers. The Tigers are also 2-1 after an 89-87 win over the Shanxi Brave Dragons on Thursday.